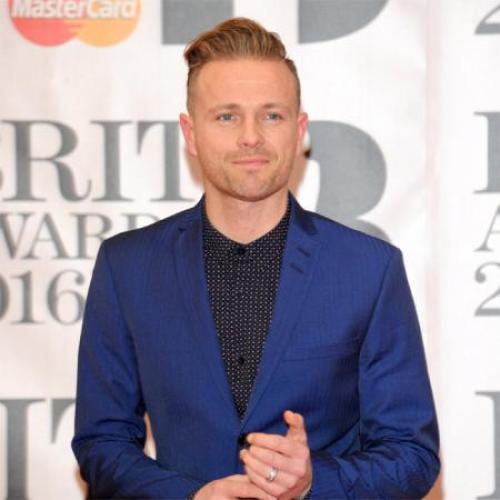 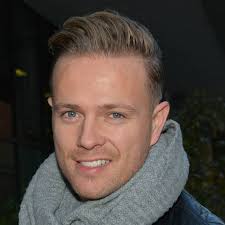 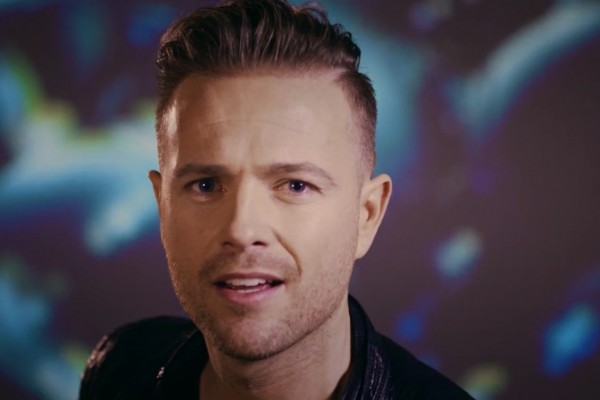 Nicholas Bernard James Adam Byrne, Jr. (born 9 October 1978) is an Irish singer-songwriter, radio and TV presenter, dancer, and former semi-professional footballer, best known for being a member of Irish music band Westlife; he was the band's oldest member. Before his music career, he played professional football, representing Republic of Ireland at several junior levels. Since then he has had a successful TV and radio presenting career. His wife Georgina is the daughter of former Taoiseach, Bertie Ahern, and they have twin sons called Rocco Bertie Byrne and Jay Nicky Byrne and a daughter called Gia.

On 7 September 2012, it was announced that Byrne would be a contestant for the tenth series of Strictly Come Dancing. He was the ninth contestant to be eliminated. He was ranked number two on Ireland's Sexiest Man of 2014. After RTÉ internally chose him to represent Ireland, he released the song "Sunlight" and performed it in the second semi-final of the Eurovision Song Contest 2016 competition in Stockholm on 12 May 2016, but failed to advance to the 14 May final.

Byrne was a footballer and played for Home Farm and St. Kevins Boys in North Dublin. He became a professional player, and joined Leeds United as a goalkeeper in 1995, and was a squad member of the FA Youth Cup winning team of 1997. He played for Leeds for two years, leaving when his contract expired in June 1997. He played in a reserve game for Scarborough F.C. and in a trial game with Cambridge United before returning to join Dublin club Shelbourne. He then signed for Cobh Ramblers playing 15 games, then St. Francis F.C., all in Ireland's League of Ireland.

On 14 May 2009, Byrne was a substitute for a Liverpool F.C. Legends XI that played against an All Star XI in a Hillsborough Memorial match to mark the 20th anniversary of the Hillsborough disaster. All the proceeds from the match went to the Marina Dalglish appeal. He represented the Republic of Ireland at U15, U16 and U18 levels. He is a fan of Celtic FC, and on 9 August 2011 played in a Celtic Legends XI at Celtic Park in front of a 54,000 crowd against a Manchester Utd Legends team. Byrne participated in and won Soccer Aid 2014. He scored in the match, played at Old Trafford. He was the only non-professional player to score in the match. The Rest of the World team won the game 4-2.

In June 1998, Byrne attended an audition for new Irish boyband, where Boyzone manager Louis Walsh approached him to join his new venture, Westlife. Byrne joined Westlife along with Kian Egan, Mark Feehily, Shane Filan and Brian McFadden. Byrne revealed in Westlife: Our Story that he had wanted to change the name of the band to West High; but the others preferred Westlife. With Westlife, Byrne has had 25 top ten UK singles, 14 of which, were number one, 7 number one albums and has sold in excess of over 45 million records worldwide. It is certified that Westlife have sold 20.2 million records and videos in the UK across their 14-year career – 6.8 million singles, 11.9 million albums and 1.5 million videos. Byrne also had a number one single in Ireland in 2002, alongside the Republic of Ireland national football team and Dustin the Turkey with the Irish 2002 FIFA World Cup anthem, "Here Come The Good Times (Ireland)". He also co-wrote many of Westlife's songs.

In early January 2016, it was rumored that RTÉ had internally chosen Byrne to represent Ireland in the Eurovision Song Contest 2016. Byrne had not yet confirmed or denied such information but announced that he would grab the opportunity with both hands if given. On 13 January, Byrne was confirmed to be the Irish singer for the 2016 contest in Stockholm with the song, "Sunlight".

In 2002, Byrne guest-hosted an edition of CD:UK with Cat Deeley.

Byrne hosted the closing ceremony of the Special Olympics live from Dublin's Croke Park in front of 80,000 spectators. Throughout the years, Byrne has appeared on Children in Need and Comic Relief several times. In 2001, he co-hosted Children in Need live from Belfast and in 2011 and co-hosted a BBC Radio 2 radio special with Patrick Kielty for the cause. Byrne has narrated stage shows such as The Snowman Christmas Special and the Picture of You documentary dedicated to former Boyzone member Stephen Gately who died on 10 October 2009. Byrne has also hosted the Cheerios ChildLine Concert, a record, seven times, which was broadcast on RTÉ2, and in more recent years TV3. In addition, Byrne presented several editions of the Celebrity Sunday radio programme on RTÉ 2fm in 2010. Listeners tuned in from as far and wide as Mexico, Chile, the United Kingdom, Philippines and Indonesia. The fourth and final edition of the programme, broadcast on 14 February 2010, trended worldwide on Twitter. FM104 publicly offered him a job the day Westlife announced their split.

In October 2012, Byrne hosted the RTÉ reality TV show Football's Next Star. The series followed ten young hopefuls competing for a chance to win a place with Celtic Football Club's youth squad. In 2013, 2014, 2015, and 2017 Byrne presented the Irish votes at the Eurovision Song Contest. He also co-hosted the short-lived TV talent show The Hit on RTÉ One along with Aidan Power. On 4 February 2014, Byrne signed a contract with RTÉ 2fm to host a new weekday show from 11am to 2pm. In January 2015, Byrne started hosting the new weekly National Lottery game show, The Million Euro Challenge on RTÉ 1,[14] although the show was axed that July.[15] In December 2016, it was confirmed that Byrne would be one of the presenters for Dancing with the Stars, alongside Amanda Byram. The series will start in January 2017.